A shortage of skilled workers and many confusing job postings make applications a draining process for companies and seekers alike. Digitalization has made online applications increasingly important, and only very few applications are still sent by post. However, the abundance of job postings on the Internet does not exactly make the application process easier.

The new, innovative career portal Voice of Jobs was looking for a way to reach its various target groups directly and personally. More interaction on the still young website as well as direct customer loyalty of companies and addressing potentially interested candidates were the declared goals. To meet these goals, Voice of Jobs decided to use a direct communication channel: Newsletter marketing with the email marketing solution provider CleverReach.

With Voice of Jobs, the application process can be simplified for both job seekers and companies. IN-active job advertisements enable forward planning, which gives both recruiters and applicants planning security and a year-round presence on the job market.

By IN-active job ads, Voice of Jobs means positions that do not currently need to be filled in a company, but which are already being planned. This makes personnel planning visible to employees for the first time, enabling them to prepare for their desired jobs. For example, they can catch up on missing qualifications, plan their move in peace, or quit their current job on time.

As a first step, the job exchange Voice of Jobs GmbH, which has been active since November 2020, was to become better known among companies, recruiters and professionals. Voice of Jobs was to focus its recruiting offers and services on the candidate journey, make them better equipped and more customer-oriented. The main challenge was to initially establish a previously unknown company on the market. Above all, recruiters and HR managers were to be educated about the advantages of the new job board. The overarching goal was to drive traffic to the site and encourage companies to register on the platform and post both active and IN-active job ads.

Newsletters were sent to the target group "recruiters" in a three-week rhythm. In the newsletters, general recruiting topics, such as the shortage of skilled workers, were combined with the advantages of Voice of Jobs. This resulted in solution-oriented newsletters that dealt with a problem known to the industry and also demonstrated a solution approach with the help of the Voice of Jobs platform. In order to select recipients and weed out permanently inactive recipients, after the first five months, the company began to separate openers from non-openers. This procedure was applied over a period of six mailings. In this way, the inactive recipients were separated and at the same time it was ensured that the newsletter reached those recipients who were interested in the topic.

In addition, the behavior of the newsletter recipients was observed and new knowledge was gained about which topics interest the recruiters. The knowledge was derived from the opening and click-through rates.
The greatest interest was shown in topics that addressed a problem from the area of recruiting, specifically a shortage of skilled workers, and Voice of Jobs ultimately acted as a solution provider. This assumption was confirmed by the traffic on the linked website. Each time the newsletter was sent out, increased activity on the website was observed.

Markus Seebeck is convinced: "The evaluations not only help us to get to know our target group better, but also show the steadily growing interest thanks to our optimizations. This builds trust and guarantees us steady traffic on the Voice of Jobs platform. The direct and personal approach gives us better and more targeted customer retention than comparatively other platforms, as well as more precise insight into the wishes and needs of the target group."

The constant dispatch of relevant content to the target group has not only increased awareness of the young job exchange Voice of Jobs, but also established it as a reliable partner and expert among returning readers within a very short time. The increased open and click rates have significantly influenced traffic to the site and usage of the service.

In the future, Voice of Jobs hopes to continue to convince recruiters and HR managers of the concept through regular traffic and thus to be able to acquire additional users for the job board service. Beyond that Voice OF Jobs plans the extension of the new type character speech to a further target group - that of the job seekers, graduates, Quereinsteiger, briefly: that of the Kandidat:innen.

"We have been able to build up a considerable community of HR experts who, as decision-makers in their positions, represent a relevant target group for us. However, our offer and the advertisements on Voice of Jobs are naturally intended to benefit a further target group. Candidates who are looking for a job or who want information about the application process or the job market," explains Markus Seebeck and concludes: "We are planning to expand our approach here and to use two newsletter concepts in the long term. One for recruiters, one for candidates. Voice of Jobs brings both target groups together, not only on our platform, but also in our communication."

"With CleverReach, we have chosen an experienced partner. The evaluations not only help us to get to know our target group better, but also show the steadily growing interest based on our optimizations. This builds trust and ensures us steady traffic on the Voice of Jobs platform."

About Voice of Jobs

Voice of Jobs is a job board that officially entered the German market in November 2020. The "job ad concept", a combination of traditional postings and modern practicality, secures the company a special place in the recruiting industry. For inspiration, HR recruiters, researchers, association and company leaders, etc. and, of course, changes in our society and digital development are taken as an occasion. Through this approach, the offers and services are increasingly aligned with the Candidate Journey and more customer-oriented. The central concern of Voice of Jobs is to accompany recruiting with smart technologies, as well as to make the job search attractive and more successful, while at the same time offering a user experience that inspires. 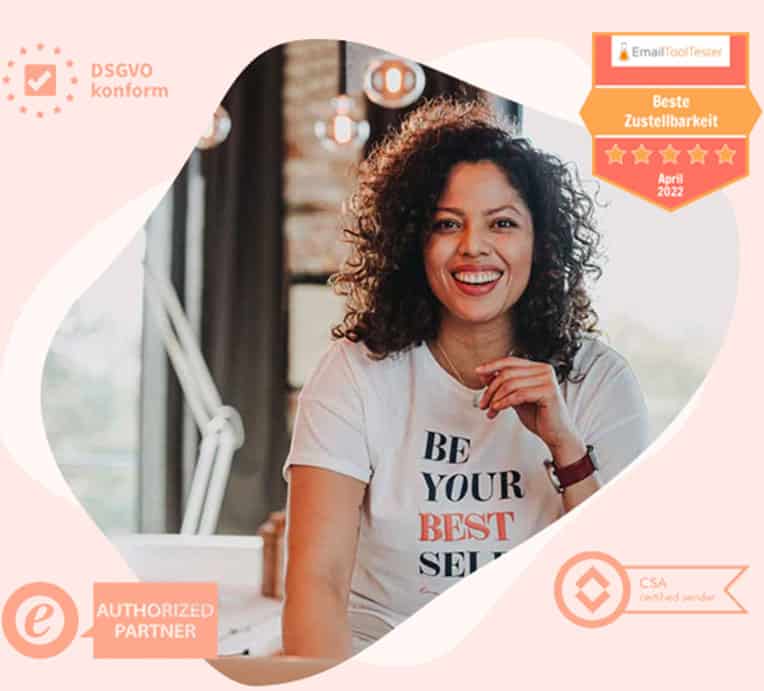 *You can use the free account if we are allowed to send you regular account reports, news & product information via email. CleverReach will use your data exclusively for the aforementioned purpose and will not share it with third parties. You can unsubscribe at any time from our emails or object to the storage of your data by email to info@cleverreach.com and delete your data at any time, provided that the deletion does not conflict with any legal storage obligations. By submitting your data you agree to the data processing and confirm our privacy policy.